Come and meet Richard Arbib, award-winning author of “The Vampire Girl Next Door”!

I was born in New York City, later lived as a teenager in Squaw Valley (site of the 1960 Winter Olympics). Studied at San Francisco State University where I received a master’s degree in English and creative writing. Now living in Reno, Nevada. I’m single and my ideal woman would be Sylvia, the female character in my novel, The Vampire Girl Next Door.

I’m similar in many ways to Mark, the narrator of my novel. The character and I both were students at San Francisco State University, both exercised at Gold’s Gym, both practiced Wing Chun kung fu. But none of the events in the novel happened to me. I’ve never had a girlfriend who was a vampire. While it’s probably obvious to many that the character Mark is similar to me in some ways, it’s also true of the character Sylvia. Like her, I enjoy art and music. While I can’t play the harpsichord and she does, I appreciate the music on the harpsichord. Sylvia is involved in the practice of magic and I have always had an interest in magic and the supernatural dating all the way back to the 1970s and 1980s when I learned and practiced magic with others. 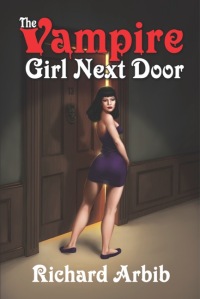 As to where the inspiration for my novel came from, I was influenced by three stories I read in 1978: “Clarimonde,” by Theophile Gautier (1836), “Carmilla,” by Joseph Sheridan LeFanu (1871), and “The Spider,” by Hans Heinz Ewers (1915). All three have beautiful female vampires who are seductive, seemingly sweet and innocent, yet dangerous. All three are narrated by the actual victim, who has fallen under the spell of the alluring vampire.

Here is my short description of my novel:

Mark falls in love with Sylvia, the beautiful, but quirky girl next door, not realizing that she’s a vampire who killed his last neighbor.

When Mark first meets Sylvia, he tells her, “You’re the girl of my dreams!”

Sylvia smiles and responds with a warning—“Be careful what you wish for.”

My novel would be categorized as paranormal romance. I like reading stories in that genre. I like writing them because I can create the outcome. When Mark tells Sylvia that he saw her in his dreams, she replies, “Freud would call this wish fulfillment.” I think I created Sylvia and the romance of the two characters because it was something I wanted to experience .

Right now, I’m rewriting the original draft of the sequel to The Vampire Girl Next Door. While the first novel was set in San Francisco, the sequel moves the location to Sylvia’s home in London. After the sequel, there may be a third novel in the series. After that, I will probably write another paranormal romance, but with a ghost instead of a vampire. 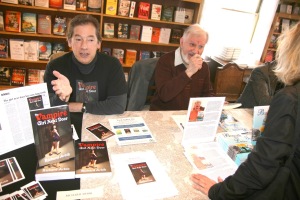 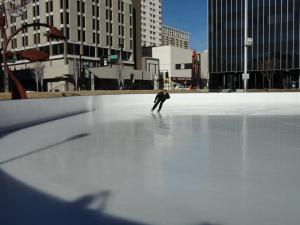